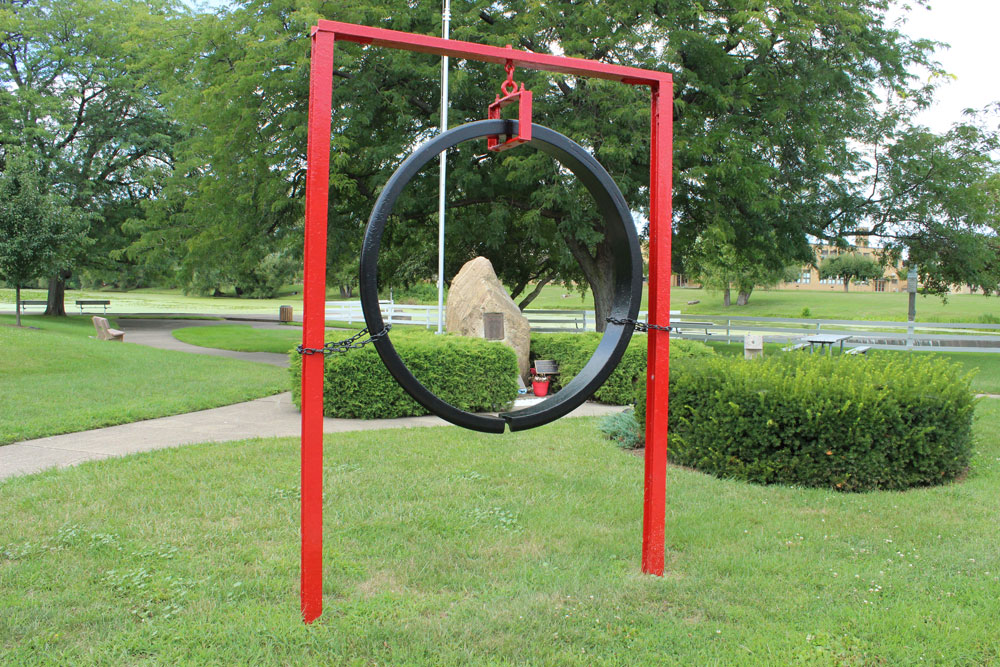 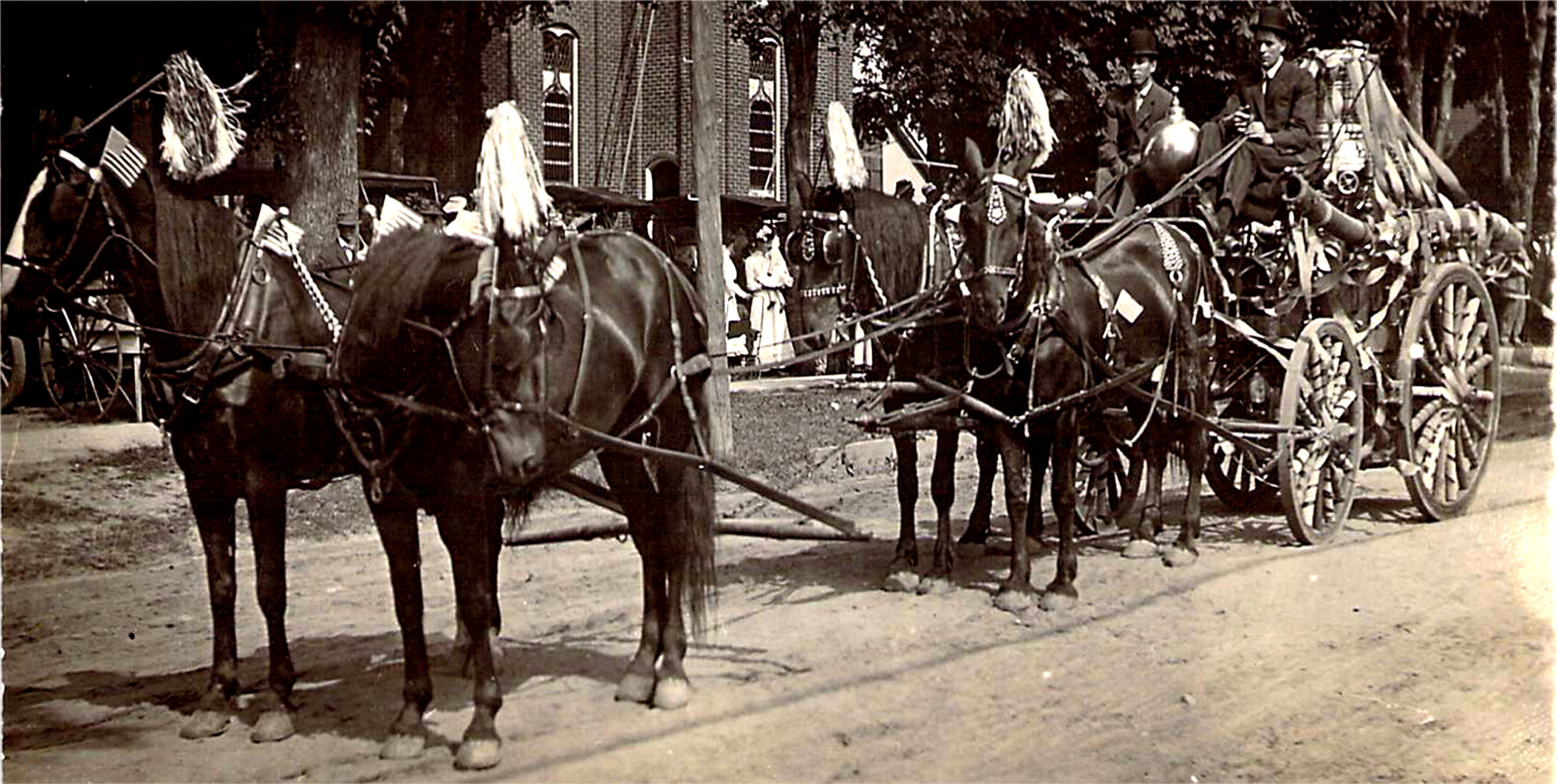 The Lyndonville Fire Company dates as far back as 1901 when a group of volunteers organized to combat fires in the surrounding area.

The following history is taken from the book “Orleans County History, Past to Present , Bicentennial Year 19761

“The Lyndonville Fire Department was formed in 1921 with 21 members, under the leadership of Roy Butterfield and Charles Dates. Mr. Butterfield with great diligence, trained local men in firefighting in the evenings, and the men said he “disallowed any foolery”. The first firehouse was erected on the bank of Johnson’s Creek, on the side of the laundromat, and here were stored the pails and ladders of the “bucket brigade”.

“Early in 1900 an alarm system was needed to call the volunteers to fight fires. A steel tire from a locomotive was procured and hung on a huge steel frame on the west side of Main Street by the creek, and a sledge hammer kept there for ringing the alarm. It was found, however, that the sound was too dull to be of much use and it was suggested that if a piece of the tire were removed, the volume of the sound would be increased. The story is told that several village men took turns cutting through the tire, and by the time they were finished two dozen hacksaw blades were used and a case of whiskey consumed! Their efforts were not in vain however; they produced a gong with a back-jolting alarm.”

“Soon the fire company acquired a steam engine and other equipment, and moved into new quarters next to the present hotel. The gong was taken to that location and used until a fire siren was installed. In 1964 a new fire hall was erected on the site where the train depot had stood and now (1976) Lyndonville has a modern fire department and fifty volunteers who really know their business. The old gong has now acquired a permanent home in front of the library, quite near its original site, and was used in April 1975 to open the Bicentennial festivities in the Town of Yates.”

We have certified firefighters and auxiliary members who support us. There is always a need for more. See our Volunteer page for more information.

1Taken from the book “Orleans County History, Past to Preset , Bicentennial Year 1976
Editing and publishing committee:

Volunteer fire departments answer all kinds of calls: house fires, barn fires, brush fires, forest fires, car fires, HAZMAT situations– but did you know that we have more calls in response to EMS situations such as car accidents or medical emergencies than fires? As the population of the community ages, the ability of our firefighters to be first responders is critical. We can never have too many qualified people in our ranks.

Fire Prevention Week occurs every year on the week which contains October 9th. It begins on Sunday and runs through the next Saturday. Fire Prevention Week commemorates the devastating Great Chicago Fire which began on October 8, 1871. Fire Prevention Week is the perfect time to review and practice your family's escape plan. The No. 1 rule if a fire happens in your home: Get out, stay out and call for help. Never go back inside for anyone or anything. Call the fire department from outside your home.